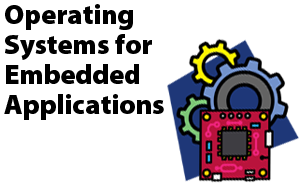 An operating system (OS) is the glue that holds software and hardware together in a computing system. This applies to all computer systems including servers, desktop, mobile, and embedded / industrial computers, often referred to as single board computers (SBC).OS software manages the operation of a computer including managing files, memory, storage media, and I/O devices. This permits application programs to be focused on the application logic rather than all low level code that is required to talk to the hardware. It also avoids conflicts when applications require access to common resources.

The OS and associated hardware drivers normally sit directly on top of the computer hardware. Specific applications may interact directly with the OS or may do so via an application programing interface (API) as shown in the diagram below.

Knowing what an OS does and where it fits, let’s turn our attention to the various types of OS.

Closely allied with operating systems is a form of software called a hypervisor. This runs on a single host computer and creates a number of virtual machines (VM). It permits multiple instances of the same or different operating systems to run concurrently, each hosting its own set of application programs.

The ability to run several virtual machines on a single host computer has several advantages which can be particularly important in an edge deployment situation, including:

Bare metal hypervisors ensure that problems with one VM or Guest OS do not affect other VMs and associated operating systems. Hosted Hypervisors may allow for better specification of policies, but at the cost of a problem with the host OS affecting all virtual machines. VMware’s ESXi is an example of a bare metal hypervisor. VMware Workstation Pro is a hosted hypervisor that runs on top of Windows or Linux. 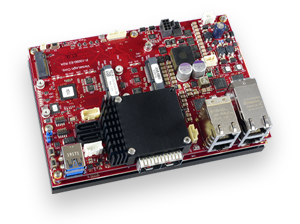 VMware Inc. has resources that provide more information on hypervisors.

Many industrial embedded computers users prefer to install the OS themselves when doing development work, but this is usually impractical in production environments due to the installation time. Pre-installation of an OS is just one of the service options available under VersaLogic’s Modified Commercial Off The Shelf (MCOTS) program. 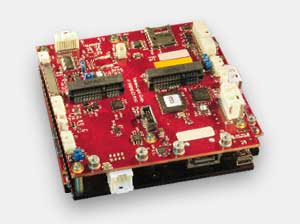 For more information, VersaLogic’s Operating System Compatibility Chart shows which SBCs have been tested or verified with a given OS. However, new OS and SBC combinations are being checked constantly. To learn more about VersaLogic’s range of embedded products and OS compatibilities, let’s start a conversation.