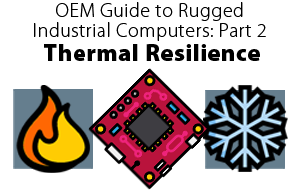 A few weeks ago, VersaLogic posted the first blog in the series “OEM Guide to Rugged Industrial Computers”. That blog covered mechanical aspects of ruggedness. This blog will look at thermal aspects. For those that have not had the chance to read the first blog, let’s summarize what is meant by “industrial”.

The term “industrial” is used frequently in relation to single board computers (SBCs); but what does it mean? It’s implied that such SBCs can withstand the extreme stresses in many industrial environments. It is this strength to handle challenging environmental conditions that defines a rugged industrial computer.

It’s not just about performing in industrial environments. It applies to other challenging sectors such as:

The world is full of temperature extremes

This blog will describe the design of rugged industrial computers for use at temperature extremes. It will also touch on the associated testing.

It’s useful to start with definitions of the operating temperature ranges used in relation to industrial single board computers. In general, three ranges are commonly used:

Different manufacturers may use slightly different definitions and, on occasion, these may refer to a different range. It’s important to check the actual product specification and not just rely on the descriptive term.

For products that will be used in environments where people live and work, the Commercial temperature range is sufficient. Unfortunately, embedded computers don’t always enjoy the same environment as humans. Systems are often installed inside an enclosure with little ventilation, sandwiched between other heat-generating devices, or starved of moving air.

The temperature inside typical industrial enclosures is much higher than the surrounding air temperature. The operating temperature range needed for reliable operation is often much different than it appears.

The Commercial temperature range is not sufficient for most embedded computer applications. Systems that are used outdoors are often exposed to cold and hot temperatures beyond the Commercial range, especially if they are enclosed. Systems used indoors often don’t have much ventilation or other means to get expended heat out of the enclosure. The Wide temperature range can enhance the dependably of many systems, especially for applications running in colder climates. The ultimate choice is the Industrial temperate range. The Industrial range gives system designers a wide margin of error for unexpected temperature challenges. It allows systems to ride out extreme conditions and remain fully functional, even if these conditions rarely occur (less than 1% of the time).

Designing for the Industrial Temperature Range

Designing reliable Industrial temperature products involves several factors. Choosing parts that are rated for Industrial temperature operation (-40° to +85°C) is very important, but it’s just the start. Individual components can still overheat if they are placed too close to each other on a circuit board. It’s essential that component layout and heat transfer paths are optimized to eliminate thermal crosstalk and assure reliability at extreme loads and temperatures.

Special consideration must be given to components that may radiate large amounts of heat, such as a processor, memory, NVMe SSD devices, and transceivers. A good Industrial temp product must operate across the entire temperature range not just at moderate usage, but during heavy use when the processor and memory devices are generating considerable heat.

Boards using low power Arm®-based processors, that consume only a couple of Watts, may be able to dissipate their on-board heat quite comfortably, even at +85°C using only a heat sink. 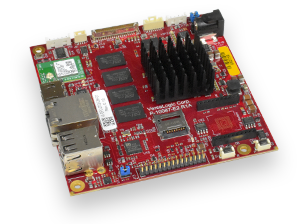 For example, the Sabertooth provides very high performance from its 6-core Intel® Xeon® processor. Together with the associated on-board NVMe SSD and memory, it must dissipate a lot of heat when running at full bore (95% CPU utilization). Additionally, the Sabertooth was designed for use in small spaces. As a result, some of the heat sources are located in places where external heat sinks cannot be attached. The solution is a combination of heat pipes and heat plates, to which the final cooling solution can be attached. Thermal management for products with this kind of power and performance is considerably more challenging. 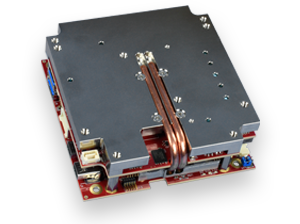 During the design phase, much use is made of thermal simulation, however, testing is the critical last step. While this blog has focused on the challenges of high temperature operations, manufacturers like VersaLogic perform extensive design validation to ensure that products will start and run reliably from -40° to +85°C. SBCs are fully stressed in terms of CPU utilization, memory read/write speed, and I/O utilization to ensure that products will meet the needs of the most demanding applications.